Furthering math may seem like a daunting task to many; however, for these educators and researchers, that is literally the best part of the job. From solving theorems and proofs to putting math into real-life practice, mathematicians are important members of the academic and practical sciences communities. Though they may not be as easily recognized as Newton or Turing (yet), these 10 outstanding mathematicians are making grand strides.

At MIT, Wei Zhang is a Professor of Mathematics. His research focuses on arithmetic geometry, automorphic forms, and number theory. Interestingly, his past research made advances on conjectures subsequent to the Gross-Zagier theorem on elliptic curves. Many of his research discoveries are fundamental to the field.

He earned his bachelor’s degree from Peking University in China. Later, he obtained his Ph.D. from Columbia University. Zhang’s research has been supported by multiple National Science Foundation grants. Moreover, his findings can be found in a variety of notable peer-reviewed journals.

Beyond his academic commitments, he acted as a co-organizer of Special Session on Number Theory at the Joint International Meeting of the Chinese Mathematical Society and the American Mathematical Society. Zhang was also part of the Monroe H. Martin Lectures at Johns Hopkins University.

At Stanford University, Brian Conrad is a Professor of Mathematics. His prior tenures include the University of Michigan and Columbia University. Of his work, his most notable contribution was proving the modularity theorem, known as the Taniyama-Shimura Conjecture. This theory states that elliptic curves over rational numbers are related to modular forms.

Of note, Conrad earned his bachelor’s degree from Harvard and his Ph.D. from Princeton University. Under the advisement of Andrew Wiles, Ph.D., he wrote his dissertation, Finite Honda Systems and Supersingular Elliptic Curves.

His research invests in working on problems involving the symmetry that emerges from number theory. Notably, his research is currently funded by the National Science Foundation. In addition to his theorem proof, he published a plethora of articles in notable peer-reviewed journals. Conrad also authored several books.

Beyond his academic and research commitments, Conrad is an editor for the Journal of the American Mathematical Society, Algebra and Number Theory, and International Mathematics Research Notices. Moreover, he was awarded the H&S Dean’s Award for Achievements in Teaching by Stanford University.

She earned her bachelor’s degree from Tufts University, her master’s degree from Cornell University, and her Ph.D. from the University of Wisconsin-Madison. As a young scholar in the field, she earned the Letters and Sciences Teaching Fellow Award, the Elizabeth S. Hirschfelder Scholarship, the Department of Mathematics Teaching Award, the Edward A. Sheldon Award, and the Robert Noyce Scholarship, to name a few.

Additionally, Abbott is well-published. She authors a variety of research papers and speaks at various conferences and seminars. Her research goal is to identify a linear bound on the length of short conjugators in certain higher lamplighter groups.

Beyond her academic commitments, Abbott organized a Mathematical Sciences Research Insitute Working Seminar, founded the Directed Reading Program, was a Member of CTAPP Committee, and mentored new teaching associates in the Instructional Excellence Program. She also helped at the Math Help Desk and was a Project Mentor for Women in Math at Wisconsin High School Math Night. Most recently, she co-organized the Berkeley Topology Seminar.

At the University of California, Berkeley, Dmitry Tonkonog is a Simons Visiting Assistant Professor in the Department of Mathematics. He researches symplectic geometry, topology, and mirror symmetry.

Tonkonog earned both his bachelor’s and master’s degrees from Lomonosov Moscow State University in Russia. However, he moved to the UK and earned his Ph.D. from the University Cambridge under the supervision of Ivan Smith.

In addition to his current tenure, he was a visiting researcher at the Mittag-Leffler Institute and a postdoctoral researcher at Uppsala University. He also hosted talks at Rutgers, Harvard, Boston University, Princeton, and UC Davis. Moreover, Tonkonog has published a multitude of research articles in various peer-reviewed journals.

Beyond his professorship, he developed the SQuaRE project: Lifting Lagrangians from Donaldson Divisors. Funded by the American Institute of Mathematics, this is a collaborative effort with Renato Vianna, Luis Diogo, and Weiwei Wu.

His works have also been recognized. Tonkonog is the recipient of the Smith-Knight & Rayleigh-Knight Prize, the Cambridge International Scholarship from the Cambridge Commonwealth, and the DAAD Euler Program Scholarship, among others. Additionally, he received a Finalist Diploma at the 14th All-Russian Moebius Contest.

At Columbia University, Ivan Corwin is a Professor of Mathematics and a Packard Fellow. His research focuses on probability, mathematical physics, statistical mechanics, growth models, random matrices, and symmetric functions. Of note, he also studies other topics in the same realm as those listed.

He earned his bachelor’s degree from Harvard University and his Ph.D. from Courant Institute in New York. Prior to becoming a Packard Fellow, he was also a Fellow of the IMS, a Clay Research Fellow, and a Schramm Memorial Postdoctoral Fellow. His research is supported by a multitude of grants from the National Science Foundation.

Beyond his academic commitments, Corwin participates actively in the research community. For example, he helped organize the Workshop on Transport and Localization in Random Media, the Columbia University Symposium on Probability and Society, and the International Congress on Mathematical Physics Topical Session. Corwin is also a Member of the AMS Centennial Fellowship Committee.

In addition to publishing numerous research articles and peer-reviewed papers, Corwin serves on editorial boards. Publications with which he works include publications for the American Mathematical Society, the Journal of Functional Analysis, and Symmetry, Integrability and Geometry: Methods and Applications (SIGMA). He is also an associate editor for Probability Theory and Related Fields and Annales de l’Institut Henri Poincare.

He obtained his bachelor’s degree from the University of British Columbia. His master’s degree and Ph.D. are from Columbia University. Of note, Collins earned the Harvard Certificate of Teaching Excellence along with the G.C. Webber Memorial Prize in Mathematics. He also received multiple NSERC PGS Scholarships funding his research in addition to NSF grants. His work is published in various journals.

Moreover, Collins helped organize a variety of conferences and events such as the Mini-school on Nonlinear Equations and the Differential Geometry Seminar at Harvard. He even served on the qualification exam committee for Harvard University. Of note, his research produced important results in the interdisciplinary study of geometric analysis, partial differential equations, and algebraic geometry. When combined with other findings in the field, his work led to the discovery of many new Einstein metrics on the five-dimensional sphere.

At Yale University, Stefan Steinerberger an Assistant Professor and the Director of Undergraduate Studies in the Math Department. He was also an organizer at the university’s Summer Undergraduate Math Research (SUMRY) program, which allowed him to conduct further research in the field. For the summer 2019 program, he will be the faculty organizer.

Interestingly, he studied abroad, earning his bachelor’s and master’s degrees from Johannes Kepler University Linz in Austria. Also, his Ph.D. is from the Mathematical Institute at Universitat Bonn in Germany. Moreover, he was an Alfred P. Sloan Fellow and a two-time US Junior Oberwolfach Fellow.

Of note, his research is funded by the National Science Foundation and various awards. Steinerberger is a recipient of the Young Scientist Award, the Felix Hausdorff Doctoral Scholarship, the Distinguished Paper Award, and the Award of Excellence. His research is on mathematical analysis and applications such as spectral theory and harmonic analysis.

Steinerberger is published in peer-reviewed journals. He has also spoken at conferences such as the PCMI Harmonic Analysis and Applications Seminar, the Meeting in Harmonic Analysis, the JKU Linz Conference on Monte Carlo Methods, and the Special Session on Graph Laplacians. Furthermore, he is a member of the American Mathematical Society, a reviewer for MathSciNet, and a referee for Acta Arithmetica. He is also a co-organizer for various research groups.

At USC, Sami Assaf is an Associate Professor. Her additional appointments include CLE Moore Instructor at MIT (2008-2011) and NSF Postdoctoral Researcher (2007-2008) at the University of Pennsylvania. Of note, she also holds commitments as a referee for a variety of journals, including Advances in Applied Mathematics, American Mathematical Monthly, and Annals of Combinatorics.

She has an extensive background in the field with a B.A. in mathematics and philosophy from the University of Notre Dame and a Ph.D. in math from the University of California, Berkeley. Moreover, she was also a National Science Foundation Graduate Research Fellow and a National Defense Science and Engineering Graduate Research Fellow. Her current research garners support from NSF and the Simons Foundation.

With an impressive curriculum vitae, there is no doubt that she is an outstanding scholar and mathematician. Assaf is also the recipient of several awards, including the USC Mentoring Award, the Herb Alexander Prize, the Outstanding Graduate Student Instructor Award, and the Koletis Award for Excellence in Mathematics. She also received a USC Endowed Chair recognition.

At MIT, Andrei Neguț is an Assistant Professor. His research centers around algebraic geometry, representation theory, and mathematical physics. He also works with moduli spaces, knot invariants, and categorification and interdisciplinary studies in these fields.

He earned his bachelor’s degree in Mathematics from Princeton University, his master’s degree from Harvard University, and his Ph.D. from Columbia University.  Interestingly, he also speaks a variety of languages including Romanian, English, Russian, and French.

Neguț’s research is published in a variety of peer-reviewed journals. Of note, he also received several awards. He earned the Alfred P. Sloan Fellowship, the Prize of the Romanian Mathematical Society, the James Mills Pierce Fellowship, and an Honorable Mention for the AMS-MAA-SIAM Frank and Brennie Morgan Prize. Additionally, his research garnered support from grants from the National Science Foundation.

Furthermore, Neguț gives talks on his research. Past locations for his presentations include the CIME School on Geometric Representation Theory and Gauge Theory, the Algebra Seminar at the University of Southern California, the Mathematical Physics Seminar at MSRI Berkeley, the String-Math Seminar, the Harvard-MIT Algebraic Geometry Seminar, and the Quantum Topology and Categorized Representation Theory Workshop.

At Northwestern University, Kenneth Jacobs is a Boas Visiting Assistant Professor. His research is primarily in the areas of complex and arithmetic dynamics, dynamic invariants, and equidistribution. He earned his bachelor’s degree from The University of Tennessee. Later, he obtained his master’s degree and Ph.D. from the University of Georgia.

Beyond his teaching work, Jacobs publishes regularly in a variety of peer-reviewed journals. He also attends conferences like the Special Session in Arithmetic Dynamics, the Workshop on Arithmetic and Complex Dynamics, and the Families of Algebraic Dynamical Systems. According to his CV, he will attend the CeSMUR Undergraduate Research Conference in Spring 2019. Moreover, Jacobs also participates in a variety of seminar talks. Past engagements for him include the Sonoma State Colloquium, the UI Bloomington Special Seminar, the UGA Number Theory Seminar, and the Butler University Colloquium.

For his work, Jacobs has earned several awards. His collection includes the Award for Teaching Excellence from Northwestern Department of Mathematics, the William Armor Wills Memorial Scholarship, the National Science Foundation RTG Fellowship, and the David Galewski Outstanding Teaching Award. Of note, he was also part of the UGA Math Circle and the Peach State LSAMP Summer Bridge Program. 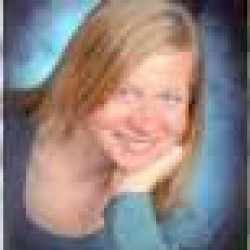 Chelsea Turner
M.A. in Communication Studies at California State University
Chelsea Turner is a professional college counselor with a private company. Additionally, she is a technical writer with expertise in the humanities with an emphasis in communication studies. Her array of experience in marketing, teaching, and counseling provided her with a broad career scope. Moreover, Chelsea’s motivation to help others drives her to continue learning about new topics whenever there is an opportunity.